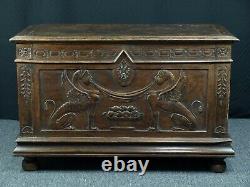 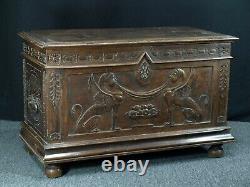 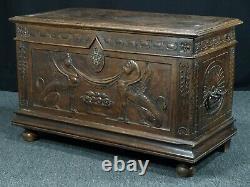 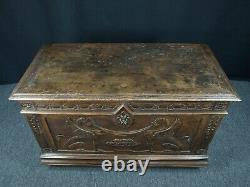 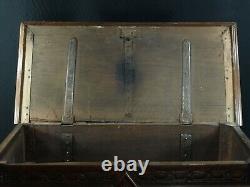 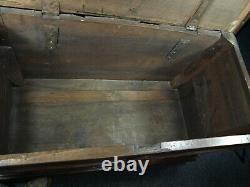 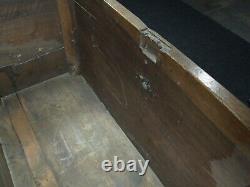 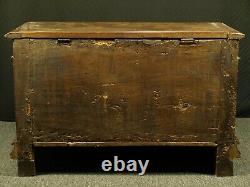 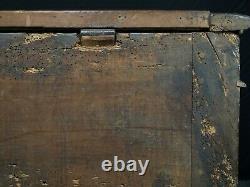 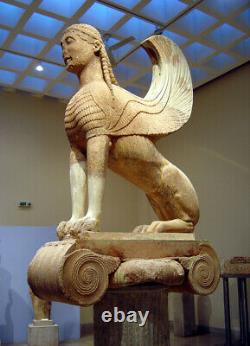 A French Renaissance walnut chest, the front panel carved with two Greek sphinxes holding a stretched towel in their mouths over a bowl of fruit. Geometric and various other carving elsewhere. Made of thick solid walnut. The sphinxes carved on this chest are similar to the marble Greek Sphinx of Naxians (shown in photo), originally erected next to the Temple of Apollo in Delphi, now in the Archaeological Museum of Delphi. A lion with the face of a human female, was considered as having ferocious strength, and was thought of as a guardian, often flanking the entrances to temples.

Sphinxes depictions are generally associated with architectural structures such as royal. The item "French Renaissance walnut chest, late 16th or early 17th century" is in sale since Tuesday, November 17, 2020. This item is in the category "Antiques\Furniture\Chests & Trunks\Pre-1800".

The seller is "djimw" and is located in Granite Bay, California. This item can be shipped to United States.